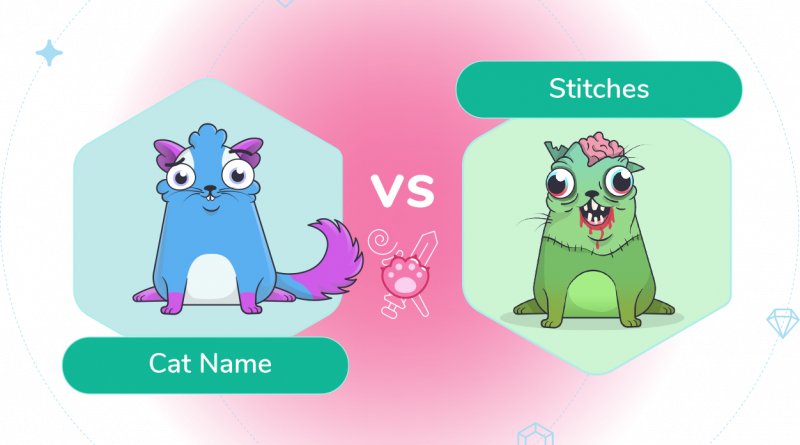 Stitches Invasion is a campaign on the new KotoWars engine, one of many to come. It is our testing ground for the new functionality and interaction with backend servers. This campaign is the best way to learn the game before fighting at the Arena versus other players.

The top 10 players from the Stitches Invasion Leaderboard rewarded with cryptokitties biweekly.

Of the campaign is to take off as much Stitches health points as possible. The leaderboard is formed based on the damage that player dealt to Stitches.

The winner of the season will receive 10 KATs, and the 10th place will receive 1 token. These are special ERC20 tokens on the blockchain Ethereum for early adopters of KotoWars. In the future, players will be able to purchase a limited number of special NFTs with those tokens.

You need to assemble full deck before fighting with a monster. For this, you need to choose a champion and thirty-two cats from the collection. You can not use any non-normal kitties, including fancies, special editions, and exclusive kitties.

Even though Kotowars requires 33 kitties, you can start playing even if you have just one!

The Champion should be an existing kitty, but kitty-fighters can be “forged” via Constructor-mode, which allows users to build a cat with any basic parameters they want.
Cryptokitties with a special combination of cattributes have unique abilities in the game and called Specialists. Some free specialists could be found in the in-game Tavern.

Learn more about Fighters and Specialists

KotoWars is a turn-based game between two opponents. At player’s turn, they can send their kitties to the battlefield, use skills or attack enemies.

Each cat on the board can attack opponents minion or the boss through dragging the cat.

Players use their limited action points to play card or use skills. Each fighter costs 1 fish to play, the cost of specialist vary between 2 and 4 fish. At the start of every turn, player receives one kitty and two fish.

Each round is limited in time.

Sign up, download the client, try the mechanics and earn KATs. We are looking forward to your feedback.

Join Us on Discord