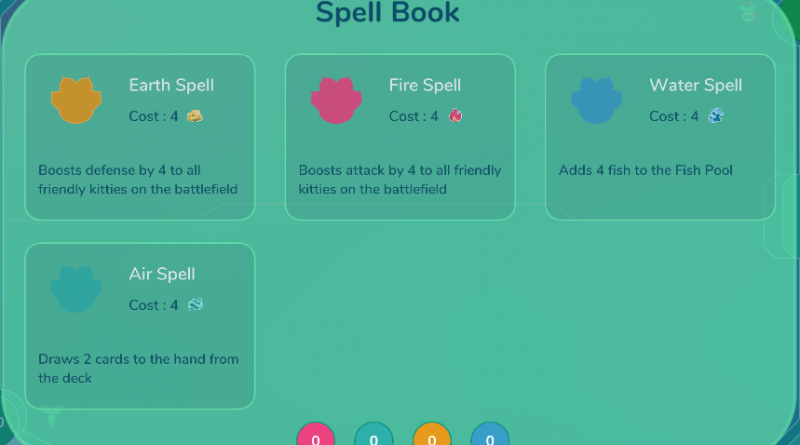 Magic system is one of the ways to balance the combat mechanics in KotoWars.

A player can cast spells to turn the course of the game to their advantage. Each spell requires a certain amount of elements in the Magic Pool. Only one spell is available to cast at one round.
Each cryptokitty that enters the battlefield adds the element of its attack to the pool. If the kitten is knocked out it adds the element of its defense.

Currently, there are four spells available in the game:

In the future, the spell system will expand and there will be spells that consist of a combination of elements with more cunning mechanics.