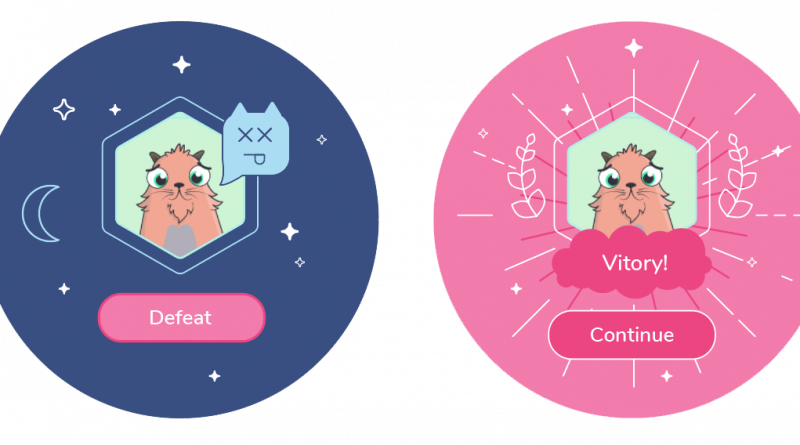 The Arena is a place where two cryptokitties’ owners can interact with each other.

A player forms a gang with the Champion and a Deck and then joins “the room” with another player or start a fight.

At KotoWars Arena, players can show off their cryptokitties collection to other players, prove that their winning strategy is the best and have fun.
The prize pool of the Arena is significantly different from the PvE campaign: ten best champions will share 55 cryptokitties biweekly according to their rank.

Starting Season 5 Arena, you need to play at least 5 Arena games to qualify! Players who played more than 0 but less than 5 games will be shown as prospects in a table below the rank so you knew how much games you have played during the season Ranking is not shown for prospects, but is still calculated and will be shown once a player gets into the main leaderboard

In order to simplify the process, rewards will be issued in WCK tokens. You can learn more about these tokens in this article. Each WCK token can be exchanged to one cryptokitty. And here you can find all 40000 cryptokitties converted to WCK to the moment.

The best part of it that there are a lot of Specialists that were converted to WCK tokens, so players can improve their gangs even further:

KotoWars Arena is the best way to grow players’ collections of cryptokitties.

To get better balance, the Arena rules are different from the Stitches Invasion campaign.
The main purpose of the battle is to reduce the opponent’s health to zero. To achieve this, the player is required to send their cryptokitties-fighters and Specialists to the battlefield to damage the opponent.

Playing a cryptokitty/card cost in-game resources — fish. The player starts with 5 fish in the Fish Pool and gets 2 fish each round.

The cost of all fighters is equal to two fish. The cost of specialists can be found in this table.

If the cryptokitty is knocked out and leaves the battlefield the player gets one fish to the pool.

A player can cast spells to turn the course of the game to their advantage. Each spell requires a certain amount of elements in the Magic Pool.

Currently, there are four spells available in the game: 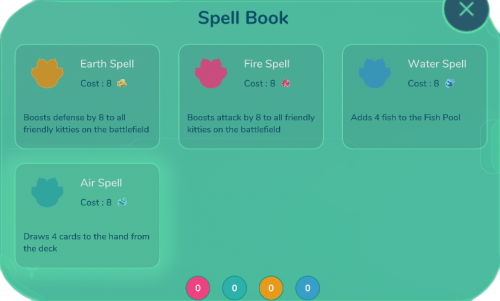 In the future, the spell system will expand and there will be spells consistent of a combination of elements with more cunning mechanics.

How to find an opponent

KotoWars players live in different timezones. In May, we conducted a survey to understand the best time for future tournaments. The result of the survey shows that the most convenient time for the community to play KotoWars is between 1pm and 3 PM PDT (08–10 PM UTC) on Saturday.

We called these hours on Saturday as Furry Brawls and plan to use it in the future community events. We invite every player to plan their time and come to take part in Furry Brawls.

The best way to find an opponent in KotoWars is to join our Discord.
There, you can negotiate with other Purriors the time to fight. Also, our bot sends notifications to the #arena channel when someone joins the room.

The roles in KotoWars Discord depend on the Purrior’s level. You can find the champions in the Experience Leaderboard.

The KotoWars Arena Champions will be ranked by KAR. The ranking formula still in test and development.
Currently, KAR considers the rank of both players, so playing against stronger opponent player gets more reward and less risk and vice versa.

KAR was implemented to add fairness to the leaderboards’ formation. The strongest champions that spent more time thinking through strategies and playing should earn more prizes.

The other step in that direction is Dapper Verification, which we introduced in the Season 12.

Bots and multiple accounts annoy players. It kills the fun and violates statistics and leaderboards. To prove that a user is not a robot and to make multi-accounting more difficult we created a Dapper Verification.

KotoWars Arena Season 1 doesn’t require Dapper Verification, but we plan to add it in the future seasons to prove the humanity of the KotoWars players. You can find the verification option at the account page.